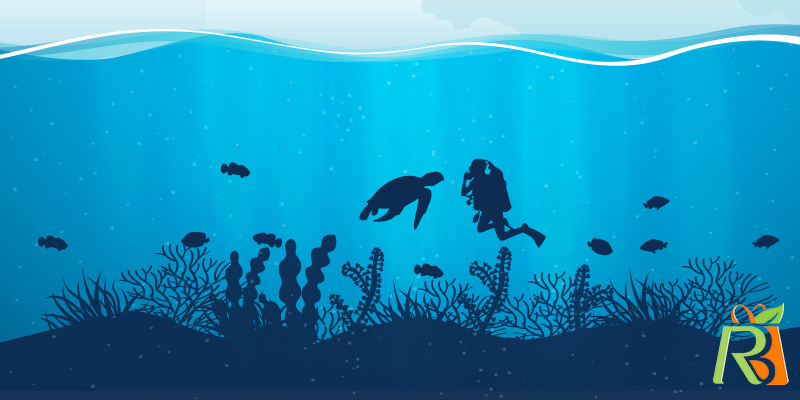 ‘Let us keep our oceans free of plastic pollution’ heralds the clarion call from the creators of  Richie Bags and Fashions P. Ltd, leading manufacturer and exporter of jute and cotton fancy carry bags on World Ocean Day, June 8, 2018. The day is celebrated   throughout the world in a variety of ways that include launching of campaigns against dumping of plastic waste in oceans, special events at aquariums and salt water fish tanks, beach cleanups and many more to accentuate the importance of keeping our oceans clean and healthy.

However, the theme for this year’s World Ocean Day is based on Preventing Plastic Pollution and encouraging solutions for a Healthy Ocean.

Celebrated every year on June 8th , World Ocean Day is a day to remember how oceans play a remarkable role in the survival of species that inhabit our lonely planet and why it is considered a crucial part of the eco-system that controls our existence. Although the oceans and the seas appear in many cultures since ages, it has been formally recognized by the United Nations since 2008.

The basic concept of World Oceans Day may be traced back 1992 when it was proposed at the Earth Summit in Rio de Janeiro, Brazil that a day should be specified to extend the awareness of keeping our oceans clean and healthy. It was also proposed and agreed upon by all member countries to celebrate the day globally, regardless of being considered developing or developed.

Later, in 2002, the World Ocean Network, a conglomeration of Zoos, aquariums and other associations committed to the health of the world’s oceans  began promoting World Oceans Day as a holiday. This was done through a number of different educational and action programs. Eventually, the United Nations got involved and in 2008 this day was officially recognized as a holiday.

As have learned from our childhood days, the world consists of 3/4th water and 1/4th land, which when translated in technical terms mean that  Oceans cover 75% of the world and contain 97% of the world’s water. 210,000 different species have been confirmed by science – many more are still to be discovered. Most importantly, oceans absorb about a third of the carbon dioxide produced by humans and their activities, while around 3 billion people depend on the source of protein provided by the oceans and last but not of least importance, more than 205 million people are employed – either directly or otherwise involving marine fisheries.

If each one of us vow not to pollute the ocean with plastic waste, a day will soon come when sea turtles will no more be found with plastic net choked in their stomach and Blue Whales would not land up dead on sea shores.