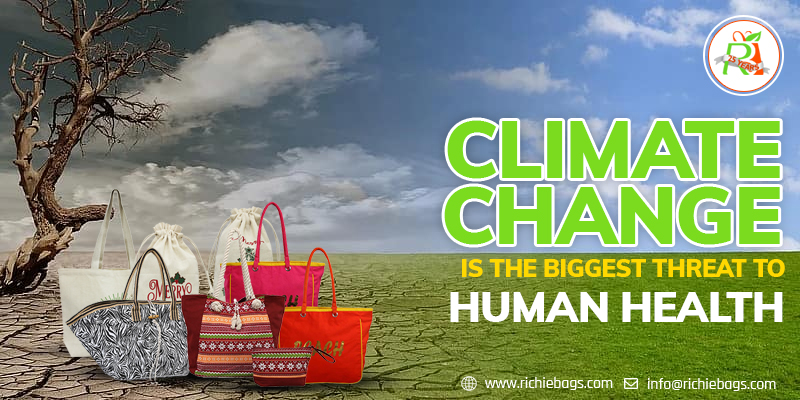 According to a landmark report released by the United Nations, global climate change is hurrying and public-caused emissions of greenhouse gases are the overwhelming cause. Scientists warn that only if countries throughout the world stop burning fossil fuels as early as possible, there is still some time to avoid catastrophic warming this century. Climate change and the related increase in climate inconsistency will further worsen global health disparities.

This report is just one of the latest researches in an increasing number of publications by leading scientific bodies worldwide that conclude human life on Earth is under existential threat. People across the globe are witnessing first-hand how global warming can wreak havoc on the Earth. The steadily rising average temperatures fuel more and more intense wildfires, storms, and several other disasters that are impossible to ignore now. Scientists are sounding the alarm that climate change poses huge risks to human health.

In an unprecedented joint editorial published on September 2021, the editors of over 200 medical journals urged the world leaders to act. “The science is unequivocal,” they wrote. They stated, “A global increase of 1.5℃ above the ore-industrial average and the continued loss of biodiversity risk catastrophic harm to health that will be impossible to reverse.” The authors wrote that governments worldwide “cannot wait for the pandemic to pass to rapidly reduce emissions.”

Most Important Impacts Of Climate Change On Human Health

In India, the effect of climate change is very concerning, specifically with regards to nutrition and infectious diseases. Also, there are great risks around water accessibility and heat waves exposure. Vulnerable communities like the marginalised and the low-income groups, could possibly bear the greatest burnt of climate impacts on water, food, and shelter in addition to heatstroke.

One can witness climate consequences in terms of the spread of infectious diseases too. Drought and cycles of flood augmented by climate change can boost diseases that are transmitted through water. Changing temperatures and rainfall patterns can alter diseases like malaria that are spread by mosquitoes. By decreasing dependence on fossil fuels, we can lower the growing of respiratory and other diseases as well as reduce our impact on the planet.

In the U.S., risks come from the devastation of properties from extreme weather, as they have had a considerable increase in destructive wildfires. People in the US have also been experiencing air pollution that’s enormously damaging.

In the United States, heat waves are responsible for more losses of life than all other natural disasters combined. And with global warming, the severity and frequency of extreme heat will only be growing. For people who are already on the margin, one hurricane can set their life course in a much tougher direction than it would have otherwise been.

Global climate change is caused by the rapid rise of carbon dioxide and other greenhouse gases in the atmosphere, mostly from emissions of fossil fuels. However, burning fossil fuels can have direct consequences for human health too. This is because polluted air comprises small particles that often induce heart attacks and stroke by penetrating the heart and lungs and even travelling into the bloodstream. The particles can harm the organs directly or just provoke an inflammatory response from the immune system.

With the planet getting hotter, the geographic regions where mosquitoes and ticks live are getting wider. These are well-known vectors of diseases like the dengue fever, Zika virus, malaria, and dengue fever. When they cross the Tropics of Capricorn and Cancer, ticks and mosquitoes bring more opportunities for such diseases to infect others around the world.

Even though heat waves are deadly, researchers at first didn’t see any direct links between climate change, harmful effects of heat waves, and other extreme weather events. Andy Haines, the professor of Environmental Change and Public Health at the London School of Hygiene and Tropical Medicine, says: “We have now got a number of studies which has shown that we can with high confidence attribute health outcomes to climate change.”

If the body is exposed to extreme heat for a long period and isn’t able to release the heat adequately, the stress can cause a lot of problems. While sweat will leach your body of necessary minerals, the heart will have to work harder for pumping blood to the rest of your organs. This combination can lead to strokes and heart attacks.

There’s A Reason For Hope

Recently, environmental activists and scientists have started pushing for more research into the plethora of health effects of global climate change.  Haines says: “One of the striking things is there’s been a real dearth of funding for climate change and health.” He adds: “For that reason, some of the evidence we have is still fragmentary.”

Every time an organization or individual chooses to source energy from renewable, that will help everyone live healthier and be economically productive without depending on fossil fuels. People need to make new, sustainable choices that can empower everyone to lead life in more eco-friendly ways.