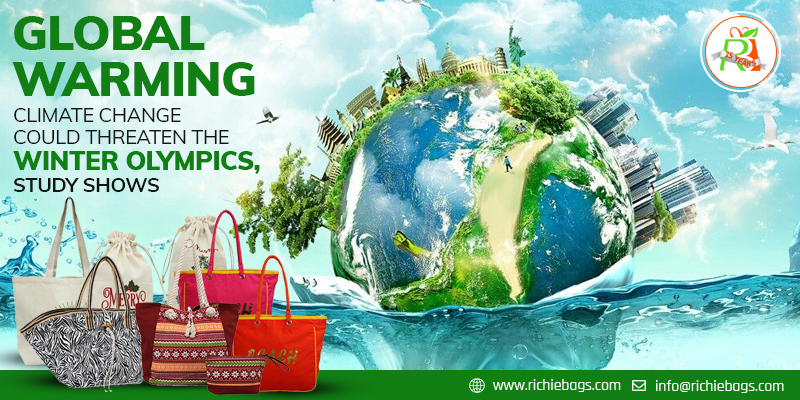 Skiing, figure skating, ice hockey, bobsleds – fans throughout the world are looking forward to The Beijing 2022 Winter Olympics. However, fans may have to prepare themselves to bid adieu to some of the legendary games of this competition in the years to come. Without a drastic reduction in greenhouse gas emissions, the ever-increasing climate crisis will affect competition conditions, a recent study has found.

Climate change will be threatening the future of the Winter Olympics, decreasing the number of suitable venues worldwide for the prestigious event. According to researchers from the University of Waterloo in Canada, rising temperatures mean that future Winter Olympics will struggle to find apt host cities with adequate ice and snow. If greenhouse gas emissions remain on the existing trajectory, only one of the previous 21 Winter Olympics locations will be able to host the Games in the future, the report says.

The global issue of climate change is very much real. And, no one understands this better than the athletes competing in Winter Olympics. They are seeing that global warming is not only affecting the planet and the environment but also their respective sports.

How Have Athletes Witnessed The Effects Of Climate Change?

One of the biggest effects of rising temperatures is an increase in avalanches. Climate change leads to an inconsistent weather pattern, meaning the snowpack structure on mountains can differ. Avalanches can be very deadly to anyone present on the mountain at the time.

Snowboarder Crouch knows too well how hazardous an avalanche is. The young athlete was involved in a near-deadly avalanche accident in April 2018. He was hospitalized with a ruptured pancreas, a broken back, and no front teeth. With a chance of him never walking again, there was a possibility that his days as a snowboarder would be over.

However, he recovered from the accident and has his eyes set on winning Olympic gold in Beijing. But, ever since the accident, he goes through his life with a new understanding of the many risks of climate change.

Johanna Taliharm, an Estonian Olympic bi-athlete, said that racing on artificial snow comes with several risks. She said: “Artificial snow is icier, therefore faster and more dangerous.” She further added: “It also hurts more if you fall outside of the course when there is no fluffy snowbank, but a rocky and muddy hard ground.”

Experts and skiers say that manmade snow has higher moisture content and can thus make ice quickly. Chris Grover, the head cross country coach for the U.S. Ski Team, said: “It can be really rock hard out there and falling can feel like falling on concrete, and so it does make it a little bit more dangerous than if it was natural snow conditions.”

How Will Climate Change Affect Winter Olympic Events In The Future?

To host an Olympics Games, a site is required to host each of the events. And, given the rate that global warming is impacting the environment; experts say that the options of host cities available to hold the completion are going to decrease in the years to come.

Dr. Daniel Scott, a professor at the University Of Waterloo, Canada, has spent over 20 years studying climate change and its impact on sports and tourism. The Professor said: “What we really see is the geography of where you can have the Winter Olympics really starts to change both in our lifetime, but certainly for the next generation of athletes.”

Dr. Daniel said that the only way to tackle and slow down the rising temperaure is to act now. “If you’re an outdoor or winter sports fan, there’s self-interest.” He added, “If you want to preserve this for future generations or your kids are involved in these types of sports, if skiing is part of your lifestyle, there’s a real difference between a low and a high emission future. So that’s one of the key takeaways that we can. We can’t stop all of the impacts, but we can stop the worst of them.”