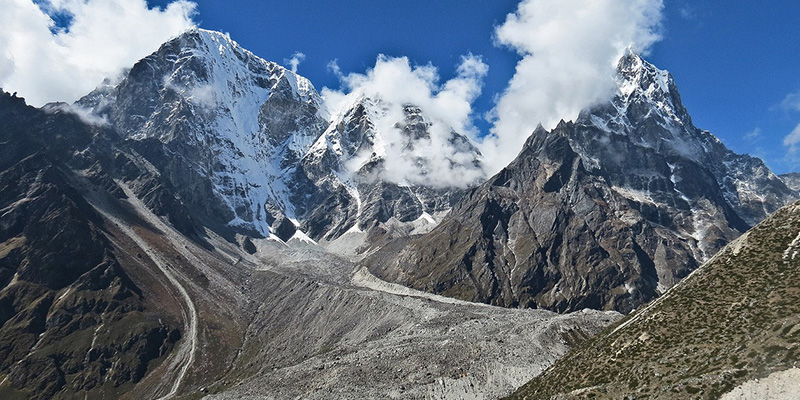 The snows of Mt. Kilimanjaro might have held the secrets of Earnest Hemingway that is difficult to decipher after the Nobel laureate’s suicidal death in 1961, but who is going to solve the Himalayan problem of removing tons of plastic  and sundry other waste from the face of the world’s highest mountain peak that has been littered by hordes of mountaineers ever since the highest peak in the world Sagarmatha (in Nepalese) became known as Mount Everest way back in 1865. Some of the heavily infested areas that are loaded with debris include the Khumbu glacier that paves the way to the Everest base camp and the East Rongbuk glacier which is the gateway to the North Face of Mt. Everest, mostly chosen by climbers scaling the peak.

The birth of commercial expeditions in the Himalayas during the nineties was a major breakthrough for climbers and adventure sportspersons from around the world. They no doubt made the Everest far more accessible, while at the same time turning it into the world’s highest rubbish dump. In order to appease their billionaire but adventure hungry clientele, these outfits provide every form of high latitude luxury items that are invariably left behind after the expeditions are over. These include:

Steps Taken For cCeaning Up The World’s Highest Peak

A comprehensive clean- up campaign has begun at Mount Everest, with plans to airlift 100 tons of garbage left behind by mountain climbers and stray tourists of the world’s highest mountain. On its inaugural day, 1,200kg (2,600lbs) of waste was flown from Lukla airport to Kathmandu for recycling.

Over and above, mountaineers are required to bring back whatever waste they generate on their climb, while local guides collect hundreds of kilograms of garbage every year.

Currently, clean-up campaign is focused on items that could be recycled in the capital city, with privately-owned Yeti airlines helping to transport. They will continue to airlift piles of recyclable rubbish all through the year. Most of the waste that are being collected now consist of oxygen bottles, empty beer bottles and cans, empty food tins, and discarded mountaineering and trekking equipment.

Although some cleanup programs have so far  been conducted by local guides, known as Sherpas, these are now coordinated by the Sagarmatha Pollution Control Committee (SPCC), christened after the Nepalese name for the mountain.