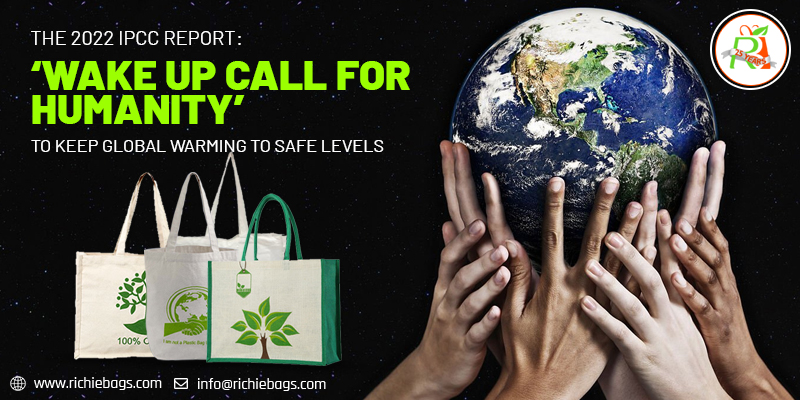 On 4th April 2022, the United Nations’ climate science body, Intergovernmental Panel on Climate Change (IPCC) published the newest installment of its Sixth Assessment Report (AR6). Titled ‘Climate Change 2022: Mitigation of Climate Change’, the report has called for a transformation in the way humans use energy, buildings, and vehicles. 278 scientists from more than 60 countries have found that the world should peak greenhouse gas emissions in the next 3 years to preserve our chances of meeting the 1.5 degrees C target of the Paris Agreement.

While the previous two reports focused on the physical science of climate change and its impacts on the planet, this report from Working Group III concentrates mainly on the reduction or mitigation of greenhouse gas emissions and removing carbon dioxide from the atmosphere. The newest report includes a whole chapter dedicated to the social aspects of climate mitigation, the first of its kind to be included in an assessment by the IPCC.

In a virtual announcement of the findings, Ramón Pichs-Madruga, Vice-Chair of the IPCC working group that prepared the report, said, “In this report, we show how mitigation goes hand in hand with achieving many of the sustainable development goals”. Adding further, he said, “We see that equity and just transitions can lead to deeper ambitions for accelerated climate action”.

Stated below are the key aspects of the main findings of the report and what it really means for the world.

Earth Continues To Be On Red Alert

The latest report finds that the world has progressed in reducing emissions over the last decade. Growth in greenhouse gas emissions has slowed to around 1.3% a year in the 2010s, in comparison to 2.1% in the 2000s. However, global emissions remain at a record high. If policy ambition doesn’t ramp up immediately, warming will go past 1.5 degrees Celsius and be well on the way to 2 degrees Celsius, thus failing to meet the temperature goals of the Paris Agreement.

People Are The Main Drivers Of Climate Change

The last time when the IPCC published its climate report, there was a link between human activity and climate change. Now, the group has concluded having high confidence that it is we, the humans, who are the key drivers behind issues like glacier melting, intense heat waves, and oceans getting warmer. In fact, studies have shown that events like the extreme heat witnessed across Asia in 2016 and the heatwave in Siberia in 2020 would not have happened if humans had not burned so much fossil fuel.

Indeed, the report states: “It is unequivocal that human influence has warmed the atmosphere, ocean and land”. This should be enough warning to every one of us to make immediate changes to the way we lead our lives. We need to adopt the 3Rs – reduce, reuse, and recycle – and think about using green energy for powering our homes, like solar energy.

For the first time in its report, the Intergovernmental Panel on Climate Change has dedicated a chapter to short-lived climate forces that include methane, aerosols, and particulate matter. The earlier edition of the IPCC report had outlined the safe levels of methane, which we have already surpassed at this point. In fact, the latest studies reveal that methane levels – which are greatly caused by oil and gas operations, and agricultural farming, are at their highest for 800,000 years.

Although much of the discussion on the reduction of emissions focuses on carbon dioxide emissions, methane actually has a global warming effect that’s 84 times higher over a period of 20 years. The newest IPCC report says that we should focus more on methane emissions to reverse climate change and improve air quality throughout the world.

Is The Paris Agreement Working?

This IPCC report is the first to assess the Paris Agreement that took effect in 2020. Under this agreement, nations submit and update pledges on reduction of emissions and adapting to the changing climate. For achieving these pledges globally, high-income countries should assist other nations by providing access to clean energy technologies, finance, etc. Although The Paris Agreement is a treaty, the pledges are voluntary. Nations set their own target and cannot be forced to meet them. So, is it working?

Well, according to the recent report, it largely is – though slowly. For example, it has encouraged countries to make more ambitious emission pledges. Also, it has enhanced transparency, thus letting outside groups, like those in civil society evaluate the progress of countries.

The IPCC report has found that around 70% of the total greenhouse gas emissions are produced in urban areas and cities. This offers both opportunities and challenges for reducing emissions. So far, over 1000 cities across the world have already signed up to reach net-zero emission goals.

For fulfilling the Paris Agreement, climate action in cities is very essential. Established cities that are auto-centric and dispersed are likely to have higher per capita emissions than walkable cities. Even though breaking out of this isn’t easy, it is totally possible. More cities should set up and work towards achieving goals like zero-carbon transport, renewable energy, decarbonising construction, and improving waste management.

Ways To Limit Your Impact On The Environment

Solving the greatest environmental challenges will need profound changes in business practices and policies. However, it turns out that personal actions can be of help too. You can adopt various solutions in your day-to-day life for reducing your impact on the environment.

Some of the many ways you can reduce the ecological footprint are:

Give a second life to your waste and actively participate in the ecological transition. Consider recycling all kinds of items like paper, aluminium, and glass.

Choose a renewable energy supplier and you will participate in a greener world while cutting down on your electricity bills.

Adopt the right habits and you will be able to reduce the carbon footprint that’s linked to the utilisation of your electronic equipment.

Opt for public transport or an ecological means of transportation like an electric car or electric bicycle.

Where Should We Go From Here?

The latest IPCC reports make it very clear that keeping the global temperature to 1.5 degrees C is still possible – but only if we take action immediately. The world should peak greenhouse gas emissions before 2025, nearly halve greenhouse gas emissions by the year 2030, and reach net-zero emissions around mid-century. Throughout this, a just and equable transition needs to be maintained. With escalating risks from wildfires, floods, droughts, and other disastrous effects of climate change, these are deadlines the world just cannot afford to miss, no matter what.