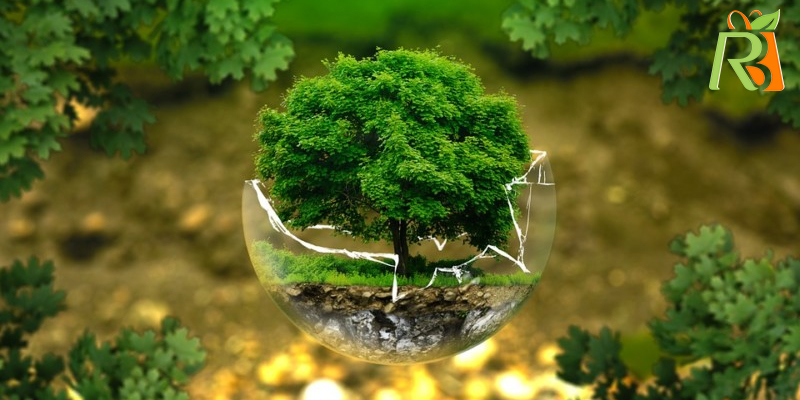 Much before the United Nations declared war on use of plastic, Richie Bags and Fashions Pvt. Ltd., leading manufacturer and exporter of eco-friendly jute and cotton carry bags launched the warfare against use of plastic carry bags, spreading the message to all and sundry. Their sponsors raised slogans, participated in trade fairs all over the world and even distributed eco-friendly jute carry bags to emphasize their campaign against the use of plastic, harmful for humans. Fortunately, this helped achieve evenhanded success, people now tending to discard plastic carry bags in most world countries.

On the eve of the World Environment Day, scheduled on June 5, 2018 the view expressed by the UN Secretary General is lucid and clear on this issue too: “On World Environment Day, the message is simple: reject single-use plastic. Refuse what you can’t re-use. Together, we can chart a path to a cleaner, greener world.” — Secretary-General, António Guterres.

Every year, World Environment Day is committed to a theme focusing attention on a predominantly pressing environmental issue that involves one and all. The theme for the current year (2018), highlighting “Beat Plastic Pollution,” is a call to action for people to come together en masse in order to combat one of the greatest environmental challenges of our time – reduction of plastic pollution. Needless to say, it asks us all to think about how best we could make changes in our lifestyle that may put an end to plastic pollution once for all. While we may not be able to abolish plastic in its totality, we could at least do away with single-use or disposable plastic and plastic water bottles that pose severe threat to life on the lonely planet.

Campaign launched by UN, vis-à-vis Government of India’s stand on the issue

While the UN has launched a global campaign to reduce plastic pollution and is calling people all over the world to participate in it, Dr. Harsh Vardhan, Minister of Environment, Forest and Climate Change, along with Erik Solheim, UN Under-Secretary-General and Head of UN Environment jointly announced that India will be hosting the global World Environment Day celebrations on June 5, 2018.

“India is excited to host the World Environment Day this year on June 5. Indian philosophy and lifestyle has long been rooted in the concept of co-existence with nature. We are committed to making Planet Earth a cleaner and greener place”, said Dr. Harsh Vardhan.

“If each and every one of us does at least one green good deed daily towards our Green Social Responsibility, there will be billions of green good deeds daily on the planet,” he added.

“The Government of India has committed to organizing and promoting the World Environment Day celebrations through a series of winning activities and events ensuring strong public interest and participation in reducing plastic pollution. From pan-Indian plastic clean-up drives in public areas, national reserves and forests to concurrent beach clean-up activities – India will lead the initiative by setting an example,” commented a senior government official.

“India will be a great global host of 2018’s World Environment Day celebrations,” said Erik Solheim at the announcement the other day.

He also added: “The country has demonstrated tremendous global leadership on climate change and the need to shift to a low carbon economy, and India will now help galvanize greater action on plastics pollution. It’s a global emergency affecting every aspect of our lives. It’s in the water we drink and the food we eat. It’s destroying our beaches and oceans. India will now be leading the push to save our oceans and planet.”

How Richie Bags and Fashions feels about it

“India is emerging as a leader; given it has one of the highest recycling rates in the world. It can be instrumental in combating plastic pollution. By hosting World Environment Day 2018, the Indian government is accelerating its leadership on an issue of tremendous magnitude,” commented one of the partners of this world class organization.

Terminating plastic pollution does not equate to dumping plastic in landfills but reusing these in innovative ways. That’s precisely what the children of Navoday Adivasi Prathamik Vidyalaya in Babudih, Agrico, learnt at their weeklong summer camp that ended on Sunday, two days before World Environment Day.

At the beginning, they removed the base and cap of the bottles, set them upside down, wide mouths at the top, on a pit layered with pebbles, and filled containers with sand. Whenever it rains, the sand in the bottles will filter the rainwater, which then will escape through the small mouths of the PET bottles and percolate in between pebbles inside the ground.

Anand Parti from Change India Foundation said students collected as many 1.5 litre PET bottles as they could from their own homes and nearby households for this simple yet important project. “It’s a simple thing but with lasting impact,” he said. “The enthusiasm of our volunteers and children was amazing. Environment conservation is not about just one day or one week, it’s a daily task.”

Using PET bottles, the children also devised an acupressure device – that helps improve one’s blood circulation – at their summer camp. In a two-feet diameter circle, the children fixed 64 bottles upside down so that their bases, which are like soft, raised cones, act as acupressure points that are located on our soles (Yong Quan). Children and teachers can stand on those to rela.