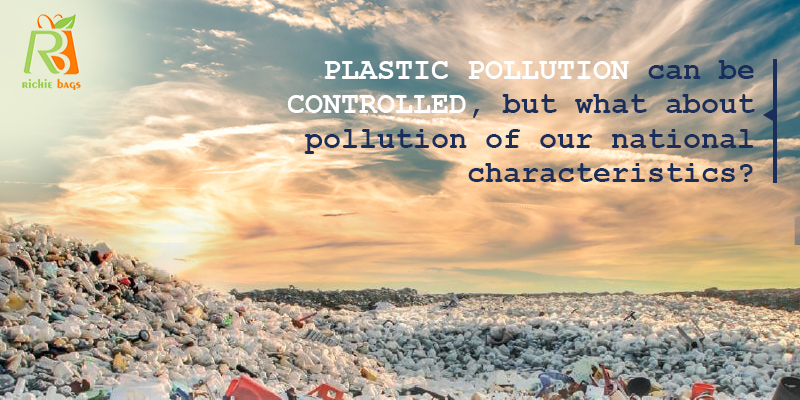 There was a time when we initiated campaigns against the use of plastic carry bags all over the country. We also appealed shopkeepers to refrain from delivering merchandise in plastic containers, while stalwarts like Richie Bags and Fashions P. Ltd had waged nationwide war against supply and manufacture of single use plastic bag. The collective effect of these seems to have borne fruit today. There has been a growing awareness about the toxic nature of plastic in our society, while people tend to use eco-friendly biodegradable carry bags in order to maintain healthier environment.

But meanwhile, a different type of menace has raised its ugly head in a devastating way in our society for which no remedy can be found anywhere. These include heinous crimes against women that have brought down our national characteristics to an all time low level. Mind you, in most of these cases, political parties pull strings to gain supremacy at the cost of the victim, while by and large, they affect our wives, daughters and mothers (a hundred year old lady was recently gang-raped by a few teenagers!)

The two sickening recent cases – the gang-rape and murder of an eight-year-old Muslim girl in Kathua and the rape and systematic exploitation of an 18-year-old woman (and her family) in Unnao – have laid to rest the political rhetoric of ‘civilizational superiority’. They reflect nothing but a deep decay in our public institutions – political parties, the police, lawyers and the bureaucracy.

In the Kathua case, a violent crime against a child was lackadaisically pursued by the police for ulterior motives. A group of influential lawyers tried to prevent the filing of the charge-sheet, while Hindu political interest groups came out in support of the accused. The case in Unnao reflects the well-known, inopportune story of wielding muscle power, while using it to grant impunity to their own ministers, even when they are accused of sordid crimes.

If, however, you look carefully you will find that there is a common thread in both these cases – political elites and administrators choose to help perpetrators while doing everything to eschew efforts to secure justice for the victims. The degree of collusion seen in protecting accused rapists and others committing horrendous crimes against women is nauseating, threatening our faith in India’s democratic ideals and its legendary institutions.

Crime against women up 83%, Conviction rate hits all time low

“More than the increase in crime rate, it is increase in reporting,” Flavia Agnes, women’s rights lawyer and co-founder of Majlis, a non-profit that provides legal services to women and children commented the other day.

“There are no mechanisms to analyze such events,” said Agnes. “I feel that due to media pressure on certain brutally violent incidents, there is greater awareness, and women are coming forward to report crimes.”

For the past two years Sheffield Hallam University’s Helena Kennedy Centre for International Justice has been working in India, leading a project to improve access to justice for women and girl victims of violence. Justice for Her is a collaborative effort with the Indian police across the vast and densely populated states of Delhi, Haryana, Madhya Pradesh and Punjab.

From day one the aim of the project was clear: we wanted the police to prioritise the protection of women and girls who have been victims of violence, so they could be fully supported at their most vulnerable time. And we wanted women and girls to be safe and not fear being victimised again.

Following its inception in 2016, Justice for Her developed a training programme for police officers and lawyers in India, on how they can more appropriately and effectively deal with these cases and secure justice for victims. This training involved a wide range of approaches, including role play, group discussions, lectures, simulation exercises and self-reflection workshops.