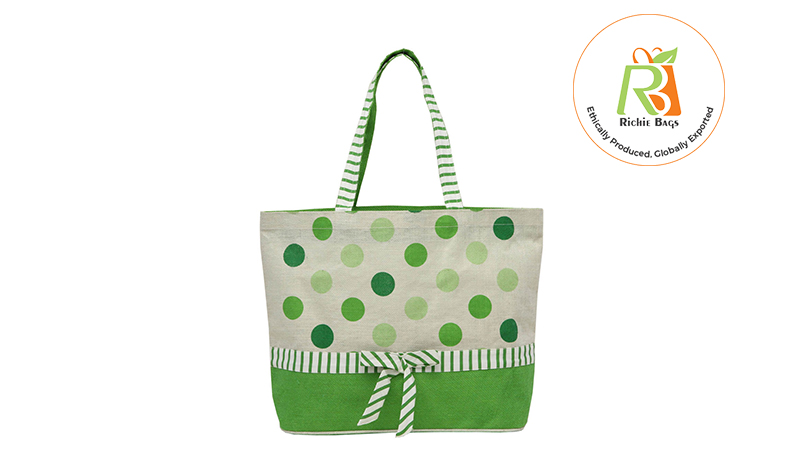 Surprisingly enough, the trend set by the creators of Richie Bags way back in 1996, introducing eco-friendly bio-degradable Jute fiber for production of trendy carry bags, replacing plastic have now gained ground in most European countries, albeit in a somewhat different form. Most high-end hotels in Europe are now keen to serve meals to their distinguished guests on bio-degradable plates made from siali leaves, replacing highly expensive Royal Crown Derby Porcelain Dinner Sets or similar ornamental crockery.

These leaves incidentally are being sourced from tribal pockets of Orissa, while around 3,500 women from 127 tribal villages have entered into a formal agreement with LEAF DEMOCRACY, a German Company to supply 100,000 Siali leaf plates every month.

In order to give more credence to the Paris Agreement on Climate Change that intended long-term environmental constancy, most developed nations are switching over to bio-degradable products for public use. Following suit, the hotel industry flourishing in these countries have also developed a fad for using bio-degradable dinner plates, characteristically made from plant leaves as these not only require elaborate sanitization process but also quickly decompose and so are free from creating any negative impact on the environment.

Coming back to trendy and stylish carry bags made by Richie Bags from bio-degradable Jute and Cotton fibers that are now being exported to many overseas countries where these items are receiving due admiration and regard. In fact, a large number of overseas importers, food and beverage packing industries, pharmaceuticals manufacturing units, books and periodicals publishers, shopping malls, wineries and others have now become our loyal customers.

In order to encourage the use of Jute and Cotton carry bags instead of those made from plastic, we participate in most overseas Trade Fairs, explaining the benefits of using eco-friendly substances, such as Jute and cotton instead of plastic products that pollute the mother earth. Thankfully, more people are now responding to our mission and the demand for Jute and Cotton carry bags are progressively increasing as compared to plastic carry bags. If the trend is allowed to prolong for sometime, a day will come when the use of plastic carry bags will forever end.

FIEO and National Jute Board membership

In order to provide meaningful help to the industry and to become an active partner in developing jute based products as also its export, we are also affiliated to various governmental as well as non-governmental bodies that include FIEO (Federation of Indian Export Organisations), National Jute Board, SEDEX, etc.

The environmental approach has undergone a sea change – in fact it has reversed fully 180 degree. Previously it was the West that showed the path for the East to follow. Today, the East provides the lead while the West follows it faithfully.