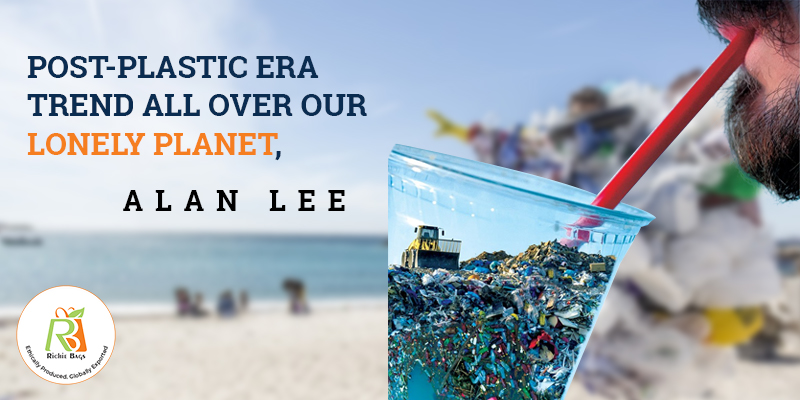 I am Alan Lee, British freelance journalist, out on tour to collect data about how the world is reacting to post-plastic era by becoming free of plastic addiction at long last. However, I have started my tour with India and have landed in the Indian state of Tamil Nadu and feel happy to observe a positive trend towards elimination of plastic by the local hotel industry. To make matters very simple, yet most effective, the 10,000 strong Tamil Nadu Hotel Association had made it clear that its member units will provide 5% discount on takeaway bills straightaway for customers bringing their own vessels/containers to collect food. In other words, it discourages the use of plastic food packets all over the state.

Although I was scheduled to visit the Indian state of Kerala next, it had to be postponed on account of the ravaging flood that had nearly destroyed the God’s Own Country. However, I could gather from local news sources that Malayalis, being fully aware of the toxic nature of plastic plates and utensils themselves are in the process of eliminating these substances from their life en masse.

“People now understand it is the way forward and they are really embracing it. The public is aware. Business groups are coming forward and people are voluntarily implementing it. It is slowly becoming a cultural movement,” said Dr. Vasuki, Director of the Kerala Suchitwa Mission, a government body involved in the state’s sanitation and waste management projects.

My next overseas hop took me to Vanatu, a South Pacific Island Nation that became one of the first in the world to impose ban on single use plastic bags, straws and polystyrene food containers. However, alternatives were soon developed, traditional natural fiber baskets taking their place.

Meanwhile, I was mighty happy to observe that other neighboring island countries including Palau, Northern Marianas, Marshal Islands, Guam and portions of the Federated States of Micronesia have all banned singe use plastic shopping bags, while Fiji and Tonga had imposed levy system in order to discourage the use of plastic bag.

My investigative tour to Vanatu was followed by a visit to the land of the Kiwis where yet another blissful news awaited me in the form of charming Jacinda Arden, Prime Minister of New Zealand going to ban single-use plastic bag by 2109. However, the retailers will be given six months time to halt the use of plastic bags by way of withdrawing the supply, she suggested.

New Zealand’s next door neighbor Australia (even though the distance between the two island countries is well over 4000 km) featured as my last destination in regard to elimination of plastic bags.

On a casual enquiry at the Sydney airport duty free shop, I was told that consumers may face a big change as business across the country will forcefully reduce their dependence on single-use plastic carry bags and drinking straws.

As a matter of fact, major shopping arcades such as Woolworths have already stopped supplying plastic bags for its clients, while total ban on this item prevails in Queensland, Victoria, Western Australia and every other state, save and except New South Wales.

The above news report prima facie provides my observations in regard to elimination/abolition of plastic bags, cups and drinking straw in parts of Asia and a few Oceanic nations. My next investigative trip highlighting the same topic will cover North and South America, with special emphasis on the United States, where vested interests reportedly affect withdrawal of plastic bags. However, local visits, I hope, will clear the picture squarely and clean.