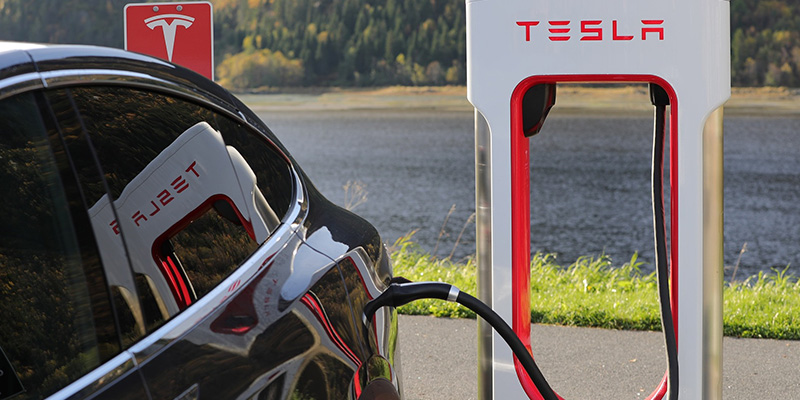 Is your next vehicle purchase a Tesla? Well, top investors seem to believe that it might be! Wondering why? Well, after a record surge in the company’s stock, Tesla (TSLA) is now the second-most-valuable car manufacturer worldwide.

The Elon Musk-led electric-vehicle company Tesla has had an amazing start to the new decade. The car maker’s stocks soared by more than $100 at the beginning of 2020, making it the U.S.’s most valuable automaker of all time. The Wall Street Journal reports that with a capitalization of $81.39 billion, it has surpassed Ford Motor’s record of $80.81 billion set in 1999.

Daniel Ives, Wedbush Securities Analyst wrote, “Tesla shares continue to move higher in an eye-popping fashion”. Jim Carner of CNBC said, “Tesla’s success is reminiscent of Amazon and Netflix”. And, with the car maker’s ability to get new, high-quality vehicles off the ground to meet the rising consumer demand, he further said that he continues to see brighter days ahead for the electric car giant.

Tesla’s stocks have been rising since the beginning of 2020. On February 13, 2020, the electric vehicle pioneer’s shares jumped once again, rising 5% and putting its shares over $800 (Source- The Motley Fool). Currently, TSLA is the second-most-valuable car manufacturer in the world, only behind the Japanese car vehicle company – Toyota. According to the Wall Street Journal, Toyota claims the top spot with a capitalization of more than $230 billion.

TSLA shares have been on an incredible run in the last eight months.

The start of production in Shanghai, China is among the many reasons why the automaker’s stock have been soaring to record highs in the last nine weeks. Statistics reveal that Tesla’s shares have increased more than 200% since October 23, 2019.

Ron Baron – Chairman of Baron Capital and a billionaire investor, thinks the automaker “has the potential for at least $1 trillion in revenue within 10 years”. He believes the company will continue growing from there. Furthermore, he said that Tesla’s recent run is “just the beginning”.

The soaring stock prices of Tesla has left may investors perplexed. Well, experts believe that there can be endless possibilities.

In January 2020, Tesla reported strong earnings, thus exceeding the expectations of the company’s management. Thanks to the company’s new factory in Shanghai, CEO Elon Musk’s goal of selling over 360,000 vehicles was achieved.

The response to Tesla’s Earnings Report indicates the extent to which TSLA is a binary bet – either it succeeds beyond the wildest expectations or it fails dramatically. The first-order of the earnings report means that the automaker performed significantly well last year. However, it is less important than the meaning of the second order, that the company has less likelihood to fail.

High-profile hedge-fund managers have bet against the electric-car company’s stock. And, after two positive earnings report, many Tesla bears had to walk away from their positions since the losses were piling up.

When it comes to “short interest” (the number of outstanding shares which are borrowed to sell short), TSLA has among the highest of any large public company.

CNBC recently reported that between February 3 and 5, “more than 22,000 investors bought Tesla’s stock for the first time on millennial-favored Silicon Valley stock trading app”. Online investing forums like Reddit’s Wall Street Bets give evidence that numerous inexperienced investors have piled into the stock. Even though calculating the impact of day traders is difficult, retail investors contribute a lot to Tesla’s new success.

The recent fluctuations in the share prices of Tesla have stunned observers. The soaring stock prices is a big boon for Musk as he has gained over $15 billion from his stock holdings since the start of 2020. Even though the electric vehicle company remains somewhat risky, the combined effect of two profitable quarters has reduced the risk of its failing. And, with the market reacting strongly, it can be said that Tesla is here to stay.