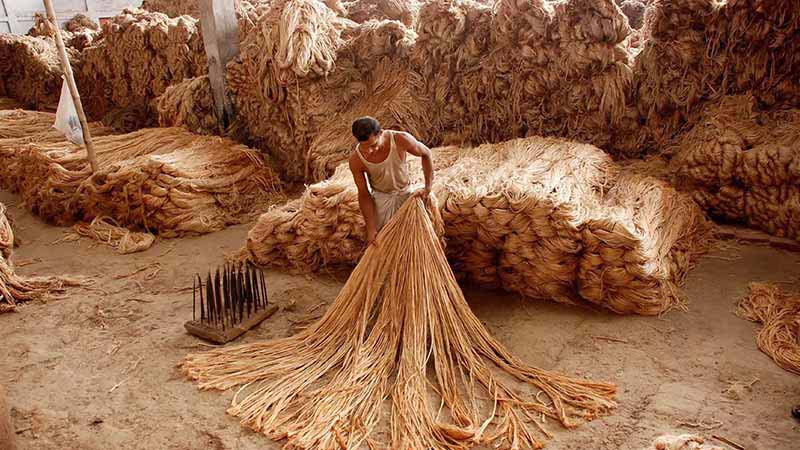 “What we need now,” emphasized Prof. Mehta at the institute the other day, “Is a visionary like Henry Ford who could revolutionize our jute industry by installing groundbreaking machinery and produce quality jute fiber at minimum cost. “But why harp on jute?” we interrupted, “When India is poised towards producing hybrid cars?”

“The trouble with you all,” reproved the famed economist, “Is that you fail to appreciate the socio-economic part of the issue, vis-à-vis our country’s present day industrial prospective. While India can go ahead rapidly with agro-based industries, the country can hardly afford to spend money on R&D to develop such super technology automobiles, compete with other developed countries and earn enough hard currency to offset the cost.”

But the saddest part of the whole story is, even though the demand for biodegradable jute related products such as trendy jute tote bags, Beach Bags, Wine Bags made and marketed by Richie Bags in the western world is going up by leaps and bounds every day, most of the jute mills that are located in this state are still using plant and machinery that was installed by English mill owners way back in 1868. The obvious result is poor productivity and very little or no quality control at all..

“Looking retrospectively,” continued the professor, “You would find that the jute sector has been playing an important role in the economy of West Bengal since long, while its socio-economic significance stems not only from the contribution it makes to the national exchequer as earnings from exports as well as from taxes and levies, but also from the sizeable employment it provides in the agricultural and industrial segment.”

“Apart from providing livelihood to large number of small and marginal farmers,” he added, “the jute sector also provides indirect employment to many people who are involved in the trade in various ways.”

“What is Needed Now,” Reiterated The Learned Man, “Is Not One But Development in Several Sectors That are Outlined Below.

The assembly was concluded with a vote of thanks to Prof. Mehta who promised to provide more material in favor of conducting research on development of jute based industries in West Bengal, especially in areas on both banks of the River Hooghly where the British had installed the original jute mills many years ago.