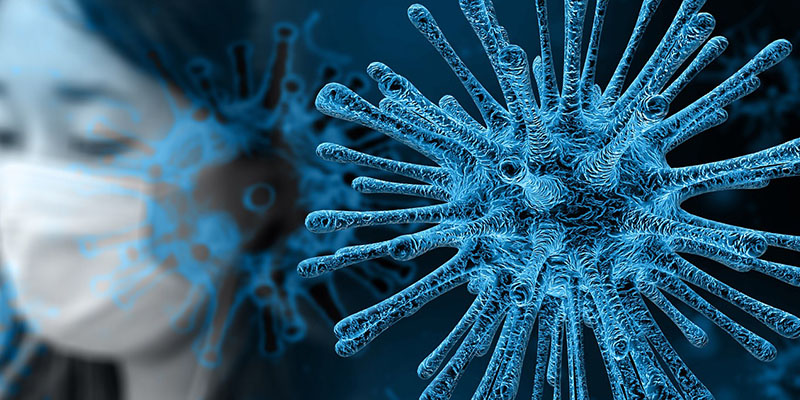 A fast-moving virus termed as the “new coronavirus” has infected thousands of Chinese citizens and spread to almost 30 countries worldwide. And, given the importance of China in the global economy, the effects of this crisis can be lasting. It is believed that the epidemic has left China facing a crisis like that of Chernobyl.

On December 31, 2019, the Chinese government confirmed that the health authorities are treating dozens of pneumonia-like cases in Wuhan. Days later, it was determined that it was a coronavirus which was rapidly spreading through and outside Wuhan. And on January 11, 2020, the Chinese state media reported the first known death from coronavirus.

According to BBC*, as of February 26, 2020, the coronavirus has infected around 78,064 people in China, with 2715 deaths. Dr Tedros Adhanom Ghebreyesus – Director-General of the WHO said, “With 99 percent of cases in China, this remains very much an emergency for that country, but one that holds a very grave threat for the rest of the world.”

The World Health Organization (WHO) has named the illness caused by the new coronavirus as COVID-19. While “co” and “vi” stands for coronavirus, the “d” stands for disease and “19” as the epidemic emerged in late 2019. Recently, the WHO declared coronavirus a global health emergency.

Professor Dali Yang – a political scientist at the University of Chicago, has predicted that the epidemic can cause devastations similar to that of 1986’s Chernobyl nuclear power plant disaster of Ukraine.

He said, the COVID-19 “will be a crisis of Chernobyl proportions, especially because we will have to contend with the virus for years to come. Those who have sustained losses, in particular, will be asking questions, as has happened before in the aftermath of a crisis.”

The Chinese people are comparing their government’s delayed responses regarding the epidemic disease outbreak to the Chernobyl disaster. From the cancellation of flights to quarantining cities, the Chinese government has had an unprecedented reaction to this epidemic.

Coronavirus – A Nightmare For The World Economy

Mr Jerome H. Powell, the Federal Reserve Chairman told, “We are closely monitoring the emergence of the coronavirus, which could lead to disruptions in China that spill over to the rest of the global economy.”

Several ways the epidemic is derailing the global economy are-

Owing to a slump in consumer services, retail sector and transport businesses, the Asian stock market has been enduring a seesaw. Since the virus outbreak couldn’t be contained, the Western markets soon followed suit.

Large scale events in celebration of the New Year were cancelled, cinema halls and tourist attractions remained closed. From automobiles and pharmaceuticals to petrochemicals, travel and tourism, several sectors are badly affected by the outbreak of COVID-19. Additionally, most factories and offices are closed.

The coronavirus outbreak has rippled through the internal manufacturing supply chains. This has particularly affected the automobile industry. For instance, Hyundai announced that it had to close each of its car factories in South Korea since it ran out of components manufactured in China.

The death of Li Wenliang – a Chinese doctor who was punished for warning people of the virus outbreak, died of COVID-19, prompted outrage across the country.

Dr Li had written about the rise of a suspicious new illness on the popular WeChat messaging app. Once the post was shared widely, the police reprimanded him for spreading ‘rumours’ online. The Guardian reports that Dr Li’s death was met with grief, anger along with the demand for freedom of speech among the Chinese people.

Measures Taken To Contain The Outbreak

With the commencement of the Lunar New Year travel season, major cities throughout China decided to cancel the celebrations. Wuhan – a city home to over 11 million people went into complete lockdown since flights, trains and buses out of the city were cancelled. The restrictions were later imposed to other cities under Hubei province

Most neighbouring countries have either closed off their borders with China or have imposed restrictions on travel to and from China. Globally, over a dozen airlines have suspended travel routes to China.

The US, the UK, India, Australia, Japan, France, Russia and Thailand are among the countries evacuating their citizens trapped by the epidemic in China. Also, these countries are quarantining their nationals.

It’s been weeks since the Chinese state media reported the outbreak of Coronavirus. However, researchers are still unsure of how to neutralise it. Not only is the epidemic taking a huge toll on human health, but is also creating turmoil for businesses.