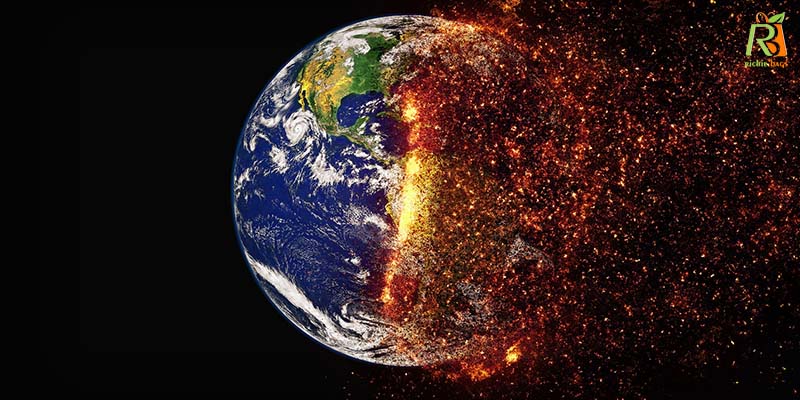 felt  after attending the Paris Convention on climate change in 2016 revolved round generation of renewable energy (using biofuel), thus replacing conventional energy (using fossil fuel) that creates global warming. However, none of the 192 participating members ever felt the need for extensive plantation of suitable trees, such as Melia dubia for large scale generation of biofuel that would provide a solution to the prime issue.

Since President Trump has withdrawn his country from the aegis of the Paris Convention, while many other countries are not so meticulous about keeping record, we might as well depend on the stats issued via Athens-based Renewable Energy Policy Network which reportedly is reliable and bona fide and so is reproduced below.

In 2016, almost four-fifths of world energy consumption was based on fossil fuels. Of the remaining 20.5 per cent, 2.2 per cent was nuclear, and 7.8 per cent was ‘traditional’ biomass — burning of wood and cow dung that we are familiar with in India. The remaining 10.4 per cent was current renewable(s) which could make all the difference in terms of global warming: 3.7 per cent was hydroelectricity which we have known for over a century (first hydro-electric Power Plant in India was established in Darjeeling and Sivanasamudram in 1898 and1902 respectively) was commissioned in India, while 4.1 per cent was biomass, solar or geothermal heat mainly used to warm people in cold countries. That left 2.6 per cent, of which 0.9 per cent was biofuels used in transport — as we do to a symbolic extent in India — and 1.7 per cent was ‘modern renewable(s)’ such as wind, solar, biomass, geothermal and ocean power. Thus, it becomes evident that the renewable(s) provided around fortieth of the energy consumed.

Renewable electricity, which is a hot topic now, has no doubt attracted much attention and investment too. However, there are quite a few snags that are associated with it. To begin with, the power obtainable from renewable energy sources varies quite a bit. Solar power is available only on sunny days (light showers and cloudy skies are prevalent throughout the year in London). While wind power is generated only when wind blows strongly. Briefly speaking, renewable power capacity in 2017 was less than 40% of total capacity; while the renewable power output was 26.5%. In other words, average capacity utilization of renewable sources was only about 60% of that of conventional power. Although the figures may vary from source to source or from place to place, but one thing remains fixed – high investment and unreliable supply.

This brings us now to the generation and use of biofuels that will go a long way towards controlling global warming and reducing CO2 generation. True; these are considered to the best substitute for fossil fuel, but unless you have enough biomass to produce adequate quantity of biofuel the purpose will be lot. And this is where India may set an example by way of producing fast growing plants known as Melia dubia which is grown extensively in the following areas.

Native to Karnataka, Melia dubia, commonly known as Malabar Neem, has become immensely popular with farmers across the Saurashtra region. According to recently available newspaper report, the state saw nearly 40 lakh Malabar Neem trees planted in 2017. With the exception of a few districts, farmers across Saurashtra were more than happy to take up planting these trees.

For them, the tree is seemingly a boon since it requires less water, pesticide and stands resistant to the vagaries of climate change, while at the same time helps creation of biomass, so very essential for preparation of biofuel.