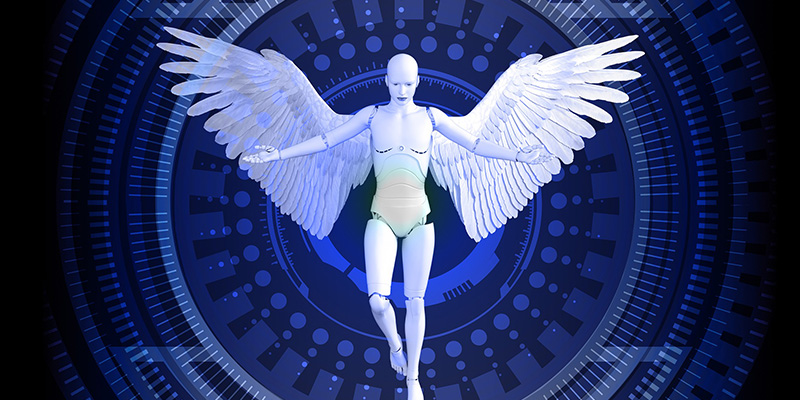 In the last decade, AI or artificial intelligence has revolutionized from a science-fiction dream to an essential part of our everyday lives. In fact, people who have been paying attention to the media over recent years will agree that it’s only a matter of time before robots and AI transforms the human lives completely.

In 2018, AI oracle and venture capitalist Dr Kai-Fu Lee said, “[AI] is going to change the world more than anything in the history of mankind. More than electricity.”

From blockbuster series such as Avengers and Star Wars to sci-fi thrillers like Transcendence and Inception, big screens today indicate that technology-enhanced with AI is everywhere. It seems that screenwriters cannot get enough of the fact that no matter what, AI and robots will soon take over humans in the next few decades.

Many believe that artificial intelligence will be teaching humanity the lesson about falling prey to its own hubris. But, is the fear of these machines at all justified? Read on to find out.

The Future Is Here: AI’s Omnipresence

Today, textbooks are digitized with the assistance of artificial intelligence. While facial analysis determines the emotions of students, virtual tutors assist human instructors.

With the introduction of AI in healthcare, diseases are diagnosed more accurately and quickly. Additionally, drug discovery is streamlined and virtual nursing assistants can monitor patients.

Nowadays, AI-powered robots work alongside humans to perform tasks such as assembling and stacking.

Is Artificial Intelligence A Blessing Or Curse To The Humans?

The ability of machines to do the work previously performed by humans has been a major concern since the dawn of the Industrial Revolution. And, the fear about how robots could transform or impact the human lives in the future has been a primary element of science fiction for several decades now.

When weighing in about AI, former US President Barack Obama had said, “If properly harnessed, it can generate enormous prosperity and opportunity.” He had further said, “But it also has some downsides that we’re gonna have to figure out in terms of not eliminating jobs. It could increase inequality. It could suppress wages.”

With machines having the ability to perform any task and work together via connected systems, many consider the rise of robots as a significant threat to human employment. However, some economists believe that this may not lead to complete economic collapse.

Robots can keep an economy running and even improve productivity. Also, robots can free up humans to focus on other things. And, with many economies suffering from the problem of the ageing population, the ability of robots to take on some jobs can be a great blessing.

3 Ways Robotics And Artificial Intelligence Can Affect Our Lives

In 2019, Dr Kai-Fu Lee predicted, “AI will increasingly replace repetitive jobs, not just for blue-collar work, but a lot of white-collar work.” Millions of workers might lose their jobs since robots can replace jobs which need repetitive tasks like software testing, compiling documents based on data and creating financial reports.

Robots and AI are not completely destructive for employment. Even though modern technologies can automate the tasks performed by people, only 5% of all the activities can be automated. Moreover, there will be new jobs where workers will be performing new tasks.

In the upcoming years, advanced and cognitive technologies will be used widely to look after health conditions and well-being. We will likely see more robots which will assist people with illnesses and disabilities.

In an open letter to the AI community, Stephen Hawking had written – “One can imagine such technology outsmarting financial markets, out-inventing human researchers, out-manipulating human leaders, and developing weapons we cannot even understand. ”

Currently, we are witnessing numerous fascinating innovations and exciting changes in the world of technology. However, we should not underestimate the causes of disruption and instead be well-prepared for tomorrow