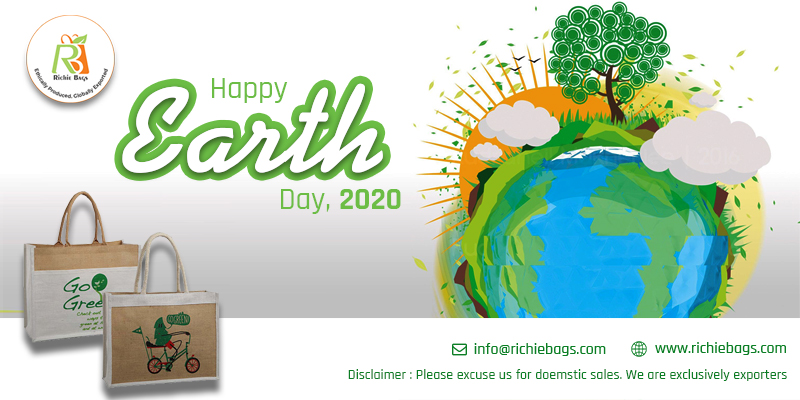 On April 22, 1970 – the first Earth Day, 20 million people turned out in response to the pollution throughout the United States. Starting as a movement at the grassroots level, this soon brought to light several environmental issues, creating a national awakening to the deteriorating environment.

Fifty years on, the theme of Earth Day 2020is taking actions for the climate to create a similar worldwide awakening for climate change. With mass extinctions and extreme weather events spreading around the world, the 50th Earth Day comes amid widespread concerns about climate change – one of the greatest threats to the human civilization ever.

Currently, we are facing a planetary crisis that requires a sustained global response. Unless humans start coping with the rise in global temperatures and its drastic effects, we cannot maintain a continually improved state of being.

Adam Rome, a professor and an environmental historian said, “The Earth Day generation made a difference in Washington and at the grassroots — both immediately and for many years after 1970. We desperately need that breadth of commitment now.” Rome added, “Change can’t come from within the DC Beltway alone,” He further said, “It has to be grounded in grassroots organizing. Earth Day 1970 was a powerful organizing tool. It wasn’t just a demonstration — it empowered people to continue working for change.”

In his book – “The Genius Of Earth Day; How A 1970 Teach-In Unexpectedly Made The First Green Generation”, he wrote that the 1st Earth Day was an awakening that led to numerous acts like – The Clean Air Act Of 1970, The Clean Water Act Of 1972 as well as The Endangered Species Act of 1973.

What Makes Climate Change A Major Threat To Human Civilization?

Well, because we do not have any planet B to go.

Barack Obama- the former President of the United States of America said, “There’s one issue that will define the contours of this century more dramatically than any other, and that is the urgent threat of a changing climate.”

The Earth is the only living planet in the solar system we know of that has life. So, we must put in our best efforts to secure the only planet we have. It’s time to act up because shortly, the cost of inaction willsurpass those of acting.

People need to be pragmatic and guarantee the resilience and reliability of the electric system. Also, we need to work on the transformation of the electricity system. This means that natural gas, carbon capture, smart grids as well as negative carbon technologies have significant roles to play in our future grid, thus enabling the fast development of renewables. Besides electricity, practical and low-carbon technology is essential for other sectors like – industry, transportation, agriculture, buildings, etc.

Ban Ki-moon, the Ex Secretary-General of the United Nations had said, “We are the first generation to be able to end poverty, and the last generation that can take steps to avoid the worst impacts of climate change. Future generations will judge us harshly if we fail to uphold our moral and historical responsibilities.”

Magical thinking is not only dilatory but also self-indulgent. At a time when scientists suggest the planet to approach carbon neutrality, we need quicker action along with a pragmatic roadmap to low carbon economy at least by the mid-century.

A range of solutions which respect the local and regional economies with their energy resource mixes and related infrastructure should be supported. Doing so will lead to a low carbon economy even while growing manufacturing base, creating millions of jobs and modernizing the infrastructure.

In his Oscar-winning speech for ‘The Revenant’, Leonardo Di Caprio voiced on climate change. He said, “Climate change is real. It is happening right now, it is the most urgent threat facing our entire species and we need to work collectively together and stop procrastinating.”

Rightfully so, it’s high time we consider climate change as a global crisis and take some immediate measures. Let this Earth day be a conscious awakening to reduce CO2, to protect the Earth from overheating and to make the world a better place for our future generation!