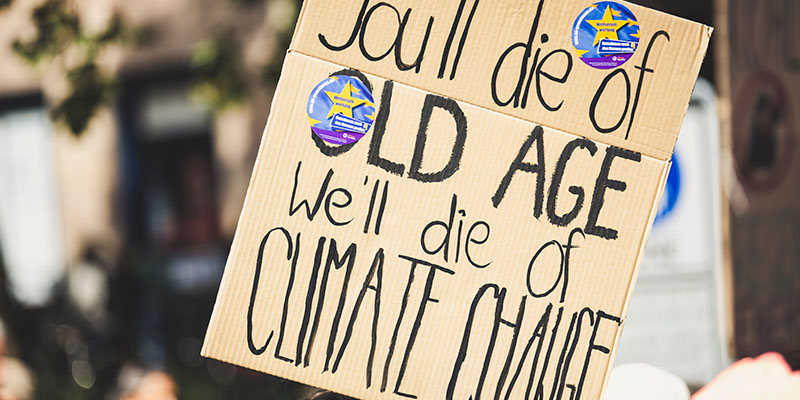 This is precisely how 16-year old Swedish schoolgirl and environmental activist Greta Thunberg expressed her grief as she opened the United Nations Climate Action Summit in New York City. Her speech mostly contained fuming condemnation of world leaders that have failed to take effective measures to combat climate change. ‘This is all wrong. I shouldn’t be up here. I should be back in school on the other side of the ocean, yet you all come to us young people for hope. How dare you” she asked angrily.

Obviously emotional and affecting, she couldn’t help but remark how generations that have polluted the planet have today burdened her and her generation with the intense impact of climate change.

U.N. Secretary-General Antonio Guterres, who convened the summit, had no bones about warning governments ahead of the event that they would have to offer action plans to qualify to speak at the summit, which is aimed at furthering the 2015 Paris Agreement to combat global warming.

In his opening remarks, the Secretary General tried to incarcerate the urgency of climate change and called out to those engaged in fossil fuel industry (primarily coal and petroleum based industries). Nature is  angry. And we fool ourselves if we think we can fool nature, because nature always strikes back, and around the world nature is striking back with fury,” Mr. Guterres affirmed.

“There is a cost to everything. But the biggest cost is doing nothing. The biggest cost is subsidising a dying fossil fuel industry, building more and more coal plants, and denying what is plain as day: that we are in a deep climate hole, and to get out we must first stop digging,” he said.

“The oceans and the icy parts of the world are in big trouble, and that means we’re all in big trouble, too,” said one of the report’s lead authors, Michael Oppenheimer, professor of geosciences and international affairs at Princeton University. “The changes are accelerating.”

The dire effects will be felt on both land and sea, harming people, plants, animals, food, societies, infrastructure and the global economy. In fact, the international team of scientists projected for the first time that some island nations will probably become uninhabitable.

School going children from around the world are launching a massive coordinated strike from Friday, September 20, to protest against government and business inaction on climate change, led by Greta Thunberg. It is going to be one of the largest environmental protests in history.

The Global Climate Strike comes just before countries will gather at the United Nations for the Climate Action Summit on September 23, where countries are supposed to ramp up their ambitions to curb greenhouse gases under the 2015 Paris climate agreement. A second worldwide strike is planned for September 27.

“If you can’t be in the strike, then, of course, you don’t have to,” called out Greta Thunberg, the original school striker who last year began asking for more action from her government on climate change with weekly protests, told Teen Vogue. “But I think if there is one day you should join, this is the day.”

It was a big moment for Ms.Thunberg and the group of young participants she has inspired since August 2018, when she began skipping school on Fridays to protest against government inaction in regard to climate change outside the Swedish Parliament. Thousands of young people participated in the movement, called Fridays for Future, that currently strike every Friday to ask for more aggressive action from their governments and the international community. It drew activists from no less than 130 countries.

A Leader In The Making

In May 2019, Ms. Greta Thunberg was featured on the cover of TIME magazine, christening her as the “next generation leader”, while noting that many may see her as a role model. Thunberg and the school strike movement were also featured in a 30-minute Vice documentary titled Make the World Greta Again. Some media have described her impact on the world stage as the “Greta Thunberg effect”.

Though the U.S. President Donald Trump and Brazilian President Jair Bolsonaro, both climate change skeptics were not expected to attend, Mr. Trump nevertheless was seen in the audience as some leaders delivered their speeches after remarks by youth activists. No doubt, the prima donna found in the shape of Greta Thunberg.